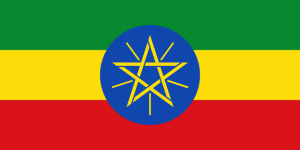 A number of UN human rights experts on Thursday expressed their dismay at the continuing abuse of anti-terrorism legislation to curb freedom of expression in Ethiopia.

A week ago, three journalists and two opposition politicians* were given prison sentences ranging from 14 years to life imprisonment under Ethiopia’s anti-terrorism laws. This follows the sentencing of two Swedish journalists to 11 years in prison on 27 December 2011. Another 24 defendants are scheduled to appear before the court on 5 March 2012, for various charges under the anti-terrorism law, several of whom may face the death sentence if convicted.

“Journalists play a crucial role in promoting accountability of public officials by investigating and informing the public about human rights violations,” said Frank La Rue, UN Special Rapporteur on freedom of expression, who emphasized that “they should not face criminal proceedings for carrying out their legitimate work, let alone be severely punished. Ethiopia has an obligation to fully guarantee all individuals’ right to freedom of opinion and expression under international human rights law.”

Ben Emmerson, Special Rapporteur on counter-terrorism and human rights, said that “the anti-terrorism provisions should not be abused and need to be clearly defined in Ethiopian criminal law to ensure that they do not go counter to internationally-guaranteed human rights.”

The Special Rapporteur on human rights defenders, Margaret Sekaggya, emphasized that “journalists, bloggers and others advocating for increased respect for human rights should not be subject to pressure for the mere fact that their views are not in alignment with those of the Government.” Ms. Sekaggya was particularly concerned by the case of Mr. Eskinder Nega, a blogger and human rights defender who may face the death penalty if convicted. Mr. Nega has been advocating for reform on the issue of the right to assemble peacefully in public.

Similarly, the Special Rapporteur on the rights to freedom of peaceful assembly and of association, Maina Kiai, cautioned against the on-going campaign of harassment against associations expressing dissenting views. “People should have the right to associate freely and assemble peacefully. These rights are complementary to the full enjoyment of their right to freedom of opinion and expression,” he said.

“The resort to anti-terrorism legislation is one of the many obstacles faced by associations today in Ethiopia,” Mr. Kiai added. “The Government must ensure protection across all areas involving the work of associations, especially in relation to human rights issues.”

Gabriela Knaul, Special Rapporteur on the independence of judges and lawyers, deplored the reported failure to ensure the defendants’ right to a fair trial. Several public statements by high-level officials and broadcasts on public television may have undermined the defendants’ presumption of innocence. The defendants also allegedly did not have access to a lawyer during the pre-trial stage of the process.

“Defendants in a criminal process should be considered as innocent until proven guilty as enshrined in the Constitution of Ethiopia,” Ms. Knaul said. “And it is crucial that defendants have access to a lawyer during the pre-trial stage to safeguard their right to prepare their legal defence.”

Citing information received that suggests at least one lawyer was placed under surveillance, she stressed that all governments should respect the confidential nature of lawyers’ communications and consultations with their clients. “Lawyers should be able to discharge their professional functions without intimidation, hindrance, harassment or improper interference,” Ms. Knaul said.

The human rights experts called on the Ethiopian Government to respect the concerned individuals’ fundamental rights, especially their right to a fair trial. They reiterated the need to apply anti-terrorism legislation cautiously and in accordance with Ethiopia’s international human rights obligations.