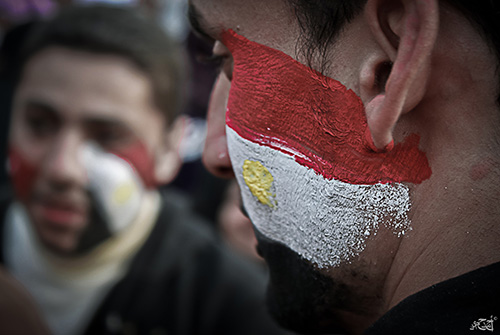 GENEVA – Three United Nations human rights experts today urged the Egyptian Government to put an end to the disproportionate reactions against the exercise of the rights to assembly and expression in the country.

“The worsening crackdown on peaceful protest and dissent in Egypt represents a further setback for an open political environment and a vibrant civil society,” today said the UN Special Rapporteurs on freedom of expression, David Kaye; on freedom of peaceful assembly and association, Maina Kiai; and on human rights defenders, Michel Forst.

“The use of force against civil society and against the expression of dissenting views on political issues contribute to a deteriorating climate for the promotion and protection of fundamental rights that form the essential components of a democratic society,” they stressed.

The rights experts condemned the authorities’ harsh response to the largest protests in Egypt in the past two years with mass arrests and use of force in a continued clampdown on peaceful protestors, journalists, lawyers and human rights defenders. They also criticised the storming of Egypt’s Journalists’ Syndicate by security forces on 1 May 2016, a first since its founding 75 years ago.

On 15 and 25 April, protest took place across Egypt and security forces responded with tear gas and use of force to disperse the protestors. Over 380 protestors, journalists and human rights defenders were arrested during the demonstrations. Security forces also stopped pedestrians in Cairo and inspected their social media accounts for ‘anti-Government publications’ and ‘inciting pictures”.

The UN human rights experts reiterated their call on the Egyptian authorities to cease curtailing public freedoms and instead take active steps to encourage the peaceful and legitimate exercise of the right to freedom of expression and assembly in the country.

In addition, they voiced particular concern over the use of national security provisions and counterterrorism legislation to target individuals exercising their rights, in particular journalists and human rights activists.

“Security concerns should not be used as a pretext to harass journalists, lawyers and protestors and ban peaceful political opposition, which will undermine not only public debate and fundamental rights, but security and long-term stability,” the experts stressed.