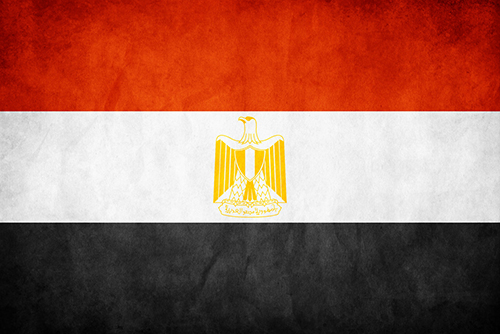 GENEVA  – A United Nations rights expert has criticised Egypt’s increasing use of travel bans on human rights defenders, warning that the measures are hindering their legitimate work and infringing their fundamental rights.

“Restrictions imposed on defenders’ freedom of movement have regrettably become routine in what is seen as a broader crackdown against Egyptian civil society that has continued unabated since 2011,” said the Special Rapporteur on the situation of human rights defenders, Michel Forst.

Mr. Forst has received the cases of more than 15 Egyptian human rights defenders, who were prevented from travelling abroad in 2016 for regional and international events.

The restrictions are often based on investigations relating to a controversial foreign funding case, also known as Case No. 173, which reportedly led to the leaders and staff of at least 37 Egyptian rights organisations being charged with receiving ‘illegal foreign funding’ and ‘working without permission’.

“It is seriously concerning to observe that travel bans, along with other restrictions on fundamental freedoms to free speech, association and assembly, seem to have become politically motivated means to stifle civil society movement in the country, and to choke legitimate and democratic debate, both within and outside Egypt,” said the UN expert.

“The growing use of travel bans as a method of preventing the legitimate exercise of rights has a chilling effect on human rights defenders and general society.”

Mr. Forst also warned that stopping people participating in rights activities abroad could violate the International Covenant on Civil and Political Rights, and breach the spirit of the UN Declaration on Human Rights Defenders, which gives people the right to promote human rights “at the national and international levels”.

Despite reassurances by the Government that the travel bans are in line with the principle of criminal justice, Mr. Forst highlighted a series of procedural concerns. For example, he said, the activists were not being notified of the bans before they attempted to travel, and were often not told the legal basis or how to appeal, resulting in their inability to challenge the decision.

“I strongly advise the Egyptian State to repeal the existing travel bans and refrain from imposing further restrictions against human rights defenders, to ensure that it does not contravene international human rights norms and standards,” said Mr. Forst.

“The Government should consider dedicating its legal, administrative and financial resources to empowering civil society, rather than obstructing its activities and undermining fundamental freedoms, which the State is charged to respect and protect.”

Recent cases have included Mozn Hassan, a prominent women’s rights defender and executive director of Nazra for Feminist Studies, whose travel has been repeatedly hindered, including a planned visit to Sweden earlier on 25 November to receive a human rights award.

Another defender, Azza Soliman, was prevented from travelling to a training event on women’s rights in Jordan on 19 November. Four days before that, Ahmed Ragheb, founder of the National Community for Human Rights and Law, was not permitted to fly to Morocco for the United Nations Climate Change Conference (COP22).