A group of United Nations independent human rights experts today urged the Egyptian Shura Council not to adopt a draft law on civil society organisations, which, in its current form, does not comply with international human rights norms and standards relating to freedom of association. 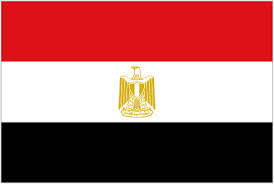 “It is highly regrettable that a government that was formed as a response to peaceful social activism can place such restrictions on people’s right to freedom of association,” said the UN Special Rapporteurs on freedom of peaceful assembly and of association, on human rights defenders, and on freedom of opinion and expression. “All actors should play a role in the conduct of public affairs.”

The human rights experts regretted that valuable recommendations put forward by Egyptian civil society actors were not taken into account in the drafting of the text.

“We are seriously concerned that numerous provisions contained in the draft law may be used to hamper the legitimate work of civil society organisations, particularly those advocating human rights,” they noted. The experts welcomed the Egyptian authorities’ initiative to revise law 84/2002 due to its lack of compliance with international standards; however, they warned that “the draft legislation currently being considered by the Shura Council has a number of serious shortcomings.”

According to the draft legislation on civil society organisations, associations’ funds will be considered public funds; and associations will also be banned from obtaining funds from abroad without prior permission.

“These provisions, combined with the right for the administration and any interested individual to object to any decision taken by an association or to any of its activities, will compromise the role of independent civil society organisations, which is essential, particularly in times of political transition,” warned the Special Rapporteur on the rights to freedom of peaceful assembly and of association, Maina Kiai. “By stipulating that representatives of associations may be subjected to prison sentences and heavy fines if the organisation receives foreign funding without authorisation, the authorities will deter civil society from seeking funding, thereby restricting an integral and vital part of the right to freedom of association.”

The draft law also limits the activities which can be carried out by a foreign non-governmental organisation to those consistent with the needs of Egyptian society and in accordance with the priorities of development plans, and taking into account the public order and morals.

“For human rights defenders, acting freely and independently to assess the human rights situation is a fundamental aspect of their role, regardless of their official status,” underlined the Special Rapporteur on human rights defenders, Margaret Sekaggya. “The draft law gives excessive power to the authorities and this may well ultimately impede associations from fulfilling their crucial function in the promotion and protection of human rights.”

The Special Rapporteur on freedom of opinion and expression, Frank La Rue, drew special attention to the fact that the draft law prohibits the registration of foreign non-governmental organisations that receive ‘governmental funds directly or indirectly’ and carry out activities that promote ‘views or policies of a political party in its country of origin or violate national sovereignty.’ “These terms are vague, and may be arbitrarily interpreted and may thus lead to further restrictions of the right to freedom of expression,” he warned.

The three UN independent experts recalled the adoption of an important resolution on human rights defenders, supported by Egypt, passed by the UN Human Rights Council on 21 March 2013.

“We welcome the stance taken by the Government of Egypt in the Human Rights Council, by signing onto the resolution on human rights defenders last week, and we now urge the authorities to comply with their own engagements at the international level,” Mr. Kiai, Ms. Sekaggya and Mr. La Rue said.

”We stand ready to provide any technical support and assistance to ensure that this draft legislation meets international standards, including by undertaking official country visits,” the Special Rapporteurs concluded.

The full press release is available via OHCHR in English, Arabic and Chinese.