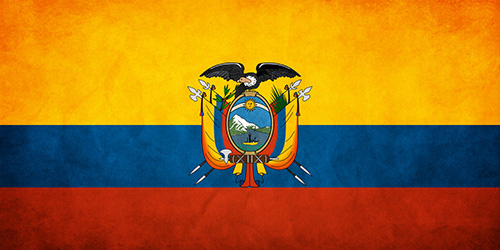 GENEVA – A group of United Nations human rights experts* have criticized the Government of Ecuador for stifling civil society, after issuing an order for the closure of an NGO which supports environmental and indigenous rights.

On 18 December, ‘Acción Ecológica’ called for a Peace and Truth Commission to explore the attacks on indigenous and environmental rights. Two days later, the Ministry of the Environment initiated the dissolution process, giving the group 24 hours to respond and ten days to present defence evidence.

The move against ‘Acción Ecológica’ comes amidst a conflict involving indigenous Shuar people who are trying to halt mining on what they claim to be their territory. The campaign group, which has vocally supported the indigenous protesters, is the latest in a series of organizations to be targeted by the government.

The group of independent human rights experts urged the Ecuadorian authorities to reverse the decision and reform the legislation it is using to dissolve the groups.

The UN experts have already censure the government for dissolving groups such as ‘Pachamama’ and the ‘Unión Nacional de Educadores’, and also attempting to close the NGO ‘Fundamedios’ over the past three years.

“The Government of Ecuador seems to be systematically dissolving organizations when they become too vocal or challenge government orthodoxy,” they said. “This strategy to asphyxiate civil society has been implemented via two decrees – 16 and 739 – which give the authorities powers to unilaterally dissolve any kind of organization.”

The experts warned that “the direct consequences are the progressive silencing of any group that challenges or offers alternative ideas to those of the government and thereby reducing visibility of the situation of vulnerable and marginalized people.”

“It is ironic”, they added, “that the same Government of Ecuador leading the positive international effort to make companies accountable through a binding treaty, is itself reducing the space to be held accountable by domestic groups.”

“This latest action once again violates international human rights standards, including the legitimate exercise of freedom of association. It shows consistent disregard for repeated calls by the international community to end the policy,” the experts sated.

“Dissolving groups is the most severe type of restriction on freedom of association.”

They urged the Ecuadorian authorities to guarantee that all members of groups, particularly those defending human rights, can fully exercise their rights to freedom of expression, association and peaceful assembly – including their ability to criticize government policies and practices.

The UN Special Rapporteurs renewed an offer of technical assistance to the Ecuadorian Government to reform the current restrictive legislation.

The full press release is available in English and Spanish via OHCHR.