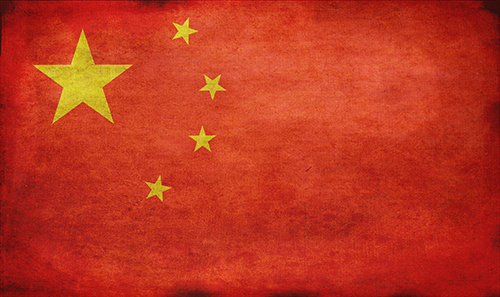 GENEVA – A group of United Nations human rights experts today called on the Chinese authorities to repeal the Law on the Management of Foreign Non-Governmental Organizations’ Activities adopted by the National People’s Congress on 28 April 2016. The Law will enter into force on 1 January 2017.

“We fear that the excessively broad and vague provisions, and administrative discretion given to the authorities in regulating the work of foreign NGOs can be wielded as tools to intimidate, and even suppress, dissenting views and opinions in the country,” warned the UN Special Rapporteurs on freedoms of peaceful assembly and association, Maina Kiai; on human rights defenders, Michel Forst; and on freedom of expression, David Kaye.

“Such broadly crafted restrictions fail to comply with international human rights norms and standards relating to freedom of association and freedom of expression,” the experts stressed.

The Law also prohibits foreign NGOs from conducting ‘political activities’ without specifying what such activities entail, hence allowing arbitrary and broad interpretations of the Law.

Furthermore, foreign NGOs must be registered with public security organs, and accept ‘supervision and management’ by these organs, which are given extensive powers, such as summoning NGO representatives for questioning, conducting on-site inspections and seizing documents, making inquiries into, and possibly requesting the freezing of, bank accounts, ordering the suspension of activities, withdrawing the registration certificate, and listing them as ‘unwelcome’ if they are suspected to carry out illegal activities. The public security organs can also order the detention of NGOs’ staff members, and deport those who are foreigners.

Finally, the Law does not provide for a right to appeal the public security organs’ decisions before an independent body.

“These vastly intrusive provisions place undue restrictions on the right to freely associate, which is a fundamental freedom and essential component of democracy, as recognized by the UN Human Rights Council,” the experts pointed out.

In April 2015, they raised a series of concerns about the draft Law in a letter to which the Chinese Government responded. The experts noted some of the improvements made on previous drafts, including the removal of a number of burdensome restrictions on the staffing and operations of foreign NGOs and the exemption of foreign hospitals, colleges and science and engineering research institutes from the application of the Law.

“However, we remain deeply concerned that this Law will severely hinder the work of civil society organizations whose work is deemed sensitive by the authorities,” they said. “We also fear that it will have a detrimental impact on the existence and operations of domestic NGOs that cooperate with foreign NGOs and/or are dependent of funding from them, and which carry out activities in the field of human rights, including economic and social rights.”

“We reiterate our requests to visit China, which so far have been left unanswered, with a view to assisting the Government to bring its legal framework into compliance with international human rights norms and standards,” the UN Special Rapporteurs concluded.