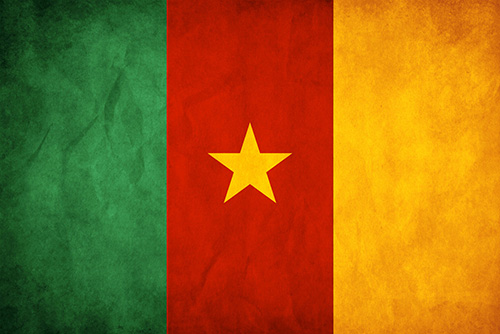 GENEVA – Two United Nations human rights experts have called on the government of Cameroon to exercise restraint and begin dialogue, amid rising attacks on peaceful protesters.

Special Rapporteurs Maina Kiai and Rita Izsak-Ndiaye said they were deeply concerned about the worsening violence in the north-west and south-west, which has included the use of force against English-speaking demonstrators protesting against the growing appointment of French-speaking civil servants in their regions. Most of the protests have been led by regional bar associations and teachers’ unions.

English speakers have long complained that they face discrimination and marginalization, and are excluded from top civil service positions and public services. They also claim their access to justice is limited because the majority of legislation and judicial proceedings are in French.

“We call on the authorities to engage in a fruitful and inclusive dialogue with civil
society, particularly the lawyers’ and teachers’ unions in Anglophone regions who are asking for bilingual public services and more inclusion of English speakers in the public sphere,” said the experts.

Mr. Kiai, the Special Rapporteur on the rights to freedom of peaceful assembly and association, said he was particularly alarmed by reports that security forces used excessive force during demonstrations on 28 November in Buea and 8 December in Bamenda.

“I urge the Government of Cameroon to conduct a thorough investigation into the use of force against protesters in recent months, and to exercise the utmost restraint in policing future demonstrations,” Mr. Kiai said.

“In democratic societies, demonstrations and protests are key to raising awareness about human rights, and political and social concerns, including those regarding minority issues,” he stressed. “Peaceful protests play a critical role in amplifying the voices of people who are marginalized, and present an alternative narrative to established political interests.”

The Special Rapporteur on minority issues, Rita Izsak-Ndiaye, who carried out an official visit to Cameroon in 2013*, said there were significant challenges over linguistic minorities. “When I visited Cameroon, discrimination against Anglophones was brought to my attention as a key area of concern in Bamenda, in particular in the areas of access to public posts and political office,” she noted.

Ms. Izsak-Ndiaye called on the Government to address the concerns raised by the English speakers over the exercise of their linguistic rights, and to fully implement the State’s policy of official language bilingualism.
“Fulfilling the language rights of minorities is not only essential to prevent tensions from escalating further, but is also a fundamental element of good governance,” the Special Rapporteur emphasized.

The experts’ call for restraint and dialogue has been endorsed by the Special Rapporteur on the situation of human rights defenders, Michel Forst.