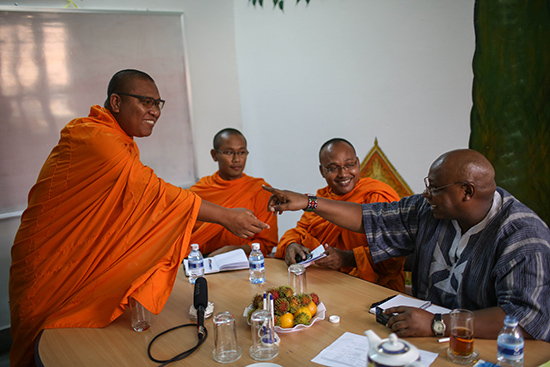 Following months of massive post-election protests, Cambodia recently instituted a broad crackdown on public demonstrations, which has left at least four people dead, dozens injured, and a number of activists imprisoned in the past month. All public gatherings have now been banned.

Kiai raised the issue of the blanket protest ban with Secretary of State for the Ministry of Foreign Affairs, Ouch Borith, and called upon the government to lift the ban as soon as possible.

The two also discussed the use of force by authorities during demonstrations, the fate of a youth who was allegedly shot during a protest in January and has not been heard from since, and the cases of 23 activists and civil society leaders who were arrested during a demonstration (two of the 23 were released on bail during Kiai’s visit).

“The government has absolutely no right … to kill people when they march peacefully,” Kiai told local media on February 7, during a visit with land activists in the Boeung Kak Lake community.  “That is not acceptable under international law. The use of force needs to be proportional and it needs to be measured as well.” 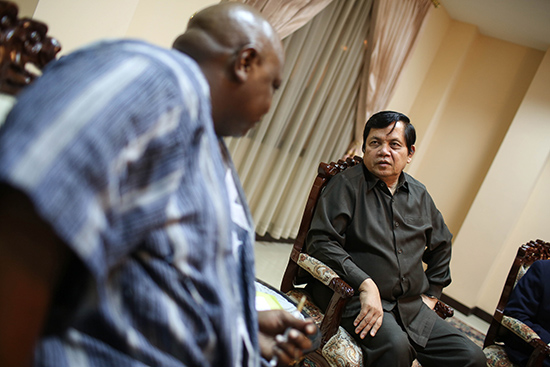 Kiai also requested that Cambodia invite him for an official visit in his capacity as UN Special Rapporteur.

“From what I’ve seen in the past few days here, Cambodia is going to be close to me and my work,” Kiai said.

Kiai also focused on Cambodia’s proposed Law on Associations and Non-governmental Organizations, a draft of which was reportedly approved by the Council of Ministers during his visit. The law is now expected to move to the National Assembly for a vote, despite the fact that 55 opposition CNRP lawmakers have yet to take their seats, in protest over what they call fraudulent elections in July.

An earlier draft of the legislation was shelved in 2011 after massive outcry from local and international groups. The last draft of the law would have made registration of associations and NGOs mandatory, and prohibited any activity by unregistered groups. At the time, Maina Kiai called this provision “a clear infringement of the right to freedom of association” which risked violating the International Covenant on Civil and Political Rights.

The government has not yet released the latest draft of the NGO law.

A photo album of Kiai’s visit to Cambodia can be found here, or by clicking on either of the photos above.

Selected media coverage of Kiai’s visit can be found at the links below: