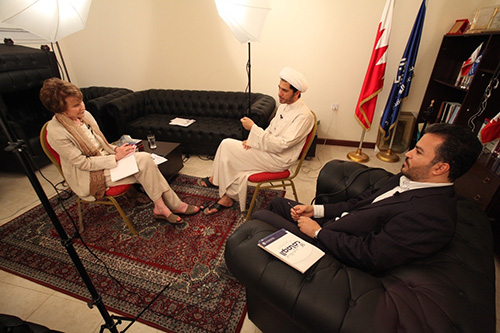 GENEVA – A group of United Nations independent experts, including Special Rapporteur Maina Kiai, today urged the Bahraini authorities to release Sheikh Ali Salman, an opposition politician and a religious figure who was refused bail on charges that include inciting a change of regime by non-peaceful means.

Sheikh Salman is secretary-general of the Al Wefaq National Islamic Society, Bahrain’s main opposition political party. His arrest in December 2014 came shortly after he was re-elected to his post.

“The charges appear to stem from the Government’s dissatisfaction with opinions that Sheikh Salman expressed in public speeches and televised interviews, in which he called for the establishment of a democratic regime and for Government accountability,” the human rights experts said.

“If this is indeed the case, his arrest and prosecution would amount to a breach of his fundamental human rights to freedom of expression, freedom of association and freedom of religion or belief,” they said. “We have asked the Government of Bahrain to clarify the situation and to provide more information on these allegations.”

The UN experts also expressed concern at allegations that Sheikh Salman’s hearing on January 28, when he was denied bail, did not take place in accordance with due process standards. His legal representative was allegedly not allowed to examine the evidence to prepare for his defence.

“Particularly worrying are recent reports that indicate that peaceful demonstrations following his arrest were disbanded by the authorities, including through the use of force,” they said, noting that at least 150 people were reportedly arrested and around 90 were injured during the protests and in clashes with the police.

“We urge the Government of Bahrain to promptly release all those who have been detained for peaceful expression of their views,” the UN experts said.

“The recent revocation of Bahrain citizenship of an additional 72 people seems to be yet another attempt by the Government of Bahrain to clamp down on opponents,” they added.