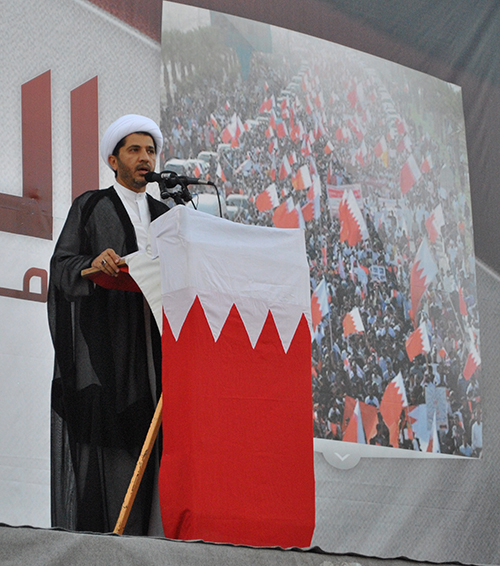 GENEVA – The UN Special Rapporteur on freedom of opinion and expression, David Kaye, today condemned the sentencing to nine years imprisonment on charges of inciting violence of Sheikh Ali al-Salman, the leader of the Wefaq opposition party in Bahrain. The expert’s call comes after a Bahraini court of appeal on Monday more than doubled his prison term, up from an earlier four years.

“The sentencing of Sheik Ali al-Salman seems to confirm a worrying trend of political repression further shrinking the space for any form of dissent in Bahrain today,” the human rights expert said. “The arbitrary sentencing of such a prominent political leader to nine years of detention inevitably has a strong chilling effect for the entire society.”

“The fact that the sentence against Ali al-Salman was not only confirmed, but doubled following various statements indicating international concern on his trial, is deeply disappointing,” he said while recalling that last September the UN Working Group on Arbitrary Detention had concluded that his detention was arbitrary.

“I reiterate the calls for the release of Ali al-Salman and all other persons detained for the peaceful and legitimate exercise of their freedoms of expression, peaceful assembly and association in Bahrain,” the UN Special Rapporteur on freedom of expression said.

“Silencing the opposition is never an acceptable or effective response to situations of political instability,” Mr. Kaye concluded.