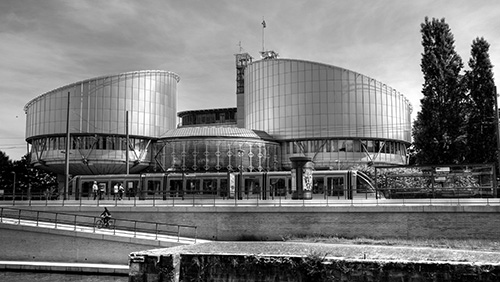 “States are increasingly limiting the right to freedom of assembly using justifications such as ‘unauthorized assemblies’ or ‘unlawful assemblies’ with consequent measures such as administrative and criminal sanctions,” the authors write. “The cases before the Court provide an excellent opportunity for the Court to clarify the use of these notions and measures in light of the legal protection guaranteed by Article 11 of the Convention.”

The brief focuses on the need to clarify legal notions that are abused by states to “criminalize” participation in peaceful assemblies. It also looks at the role of plain clothed police officers in the management of assemblies and shares general observations on assembly rights in Azerbaijan, based on the Special Rapporteur’s work and recent developments in the country.

A core legal argument of the intervention is centered on “authorization regimes” for assemblies, in which gatherings can be deemed illegal if they are not pre-approved by authorities. Such regimes are often used to criminalize participation in assemblies that are disfavored by authorities. The brief urges the Court to clearly recognize that the exercise of the right to freedom of peaceful assembly should not be subject to authorization by national authorities.

“Requiring authorization turns the right into a privilege to be dispensed by authorities,” the authors write. “Authorization regimes shift the burden to organizers or participants to challenge a refusal, instead of placing the burden on authorities to justify the restrictions they wish to impose.”

Similarly, the brief notes, limitations or changes to the location of assemblies “should not represent a hidden obstacle to the freedom of peaceful assembly as it is protected by the Convention” and deserve to be scrutinized as a restriction under article 11 of the Convention.

The third party intervention further encourages the Court to underscore that crimes which essentially criminalize participation in an assembly – or activities otherwise protected under the Convention – have no place in states which are party to the European Convention of Human Rights.

The brief also calls upon the Court to clarify the role of plain-clothed police officers in the management of assemblies, particularly in relation to arrests carried out by unidentified police officers.

The brief is the third official court filing in the UN expert’s project to advance the rights to freedom of peaceful assembly and of association through the use of litigation in national and regional courts. The first brief was filed in the Constitutional Court in Bolivia in May 2015; a second was filed in a case before Mexico’s Supreme Court in August 2015.

The full amicus brief is available here (English only). A decision in the European Court cases is expected in 2016.

For more on the project, please see the Special Rapporteur’s litigation hub page.