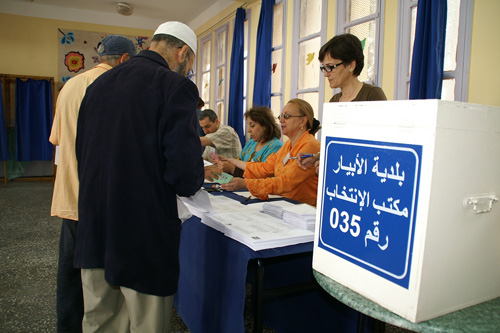 United Nations Special Rapporteur on freedom of peaceful assembly and of association, Mr. Maina Kiai, today urged the Algerian authorities to seize the unique opportunity offered by the upcoming legislative elections to ensure that the new regulations for civil society organizations, adopted at the end of last year, adequately meet the requirements of international human rights law.

“The legislative elections, scheduled on Thursday, 10 May 2012, must address civil society’s legitimate demands and uphold freedom of association,” Mr. Kiai stressed. “While the Arab Spring paved the way for a more inclusive participation of civil society, it is highly regrettable that Algeria has now taken a step backwards in relation to freedom of association by placing more rigorous limits on the scope of associations’ activities or their access to funding.”

The human rights expert voiced particular concern about many provisions of Law 12-06 on associations adopted in December 2011, which imposes new controls and restrictions on the establishment of associations and their access to foreign funding.

Under the new law, the formation of an association requires prior approval by the authorities, who can now reject a registration application without referring the matter to a judge, as was previously the case. “This is a significant setback with respect to Law 90-31 (1990) that was once in force,” Mr. Kiai said. “This is all the more alarming given that the law provides that those who act on behalf of an association which has not yet been registered, or has been suspended or dissolved, may face up to six months imprisonment and a heavy fine.”

The new law further provides that the object and goals of associations’ activities must not be contrary to “national values” and that any “interference in the internal affairs of the country” will lead to the group’s suspension or dissolution.

Echoing the concerns expressed by the UN High Commissioner for Human Rights in a statement issued on 25 April 2012, Mr. Kiai stressed that “these provisions are particularly vague, and thus subject to abusive interpretations. It is a serious blow to the enjoyment of the right to freedom of association.” He added: “Associations are a vehicle of primary importance allowing people to express their aspirations. They must be able, and even have the moral responsibility, to take an interest in politics within their own countries.”

The Special Rapporteur drew special attention to the restrictions on access to foreign funding. Associations in Algeria will be banned from receiving funds from any diplomatic legations or foreign non-governmental organizations, “apart from duly established cooperative relations.”

“It is feared that such provisions may be used to hamper the work of associations, notably those working on human rights issues in Algeria,” Mr. Kiai said. “Access to funding should not be strictly restricted.”

The Special Rapporteur urged the Algerian authorities to fully take on board the concerns raised by non-governmental organizations on this law, and called on the political parties running for the legislative elections to commit to revising the law on associations.

“I have requested an official invitation to conduct a visit to Algeria and I look forward to a positive response to the request. I am prepared to provide any technical support and assistance needed to ensure that the law on association and its implementation meet international law standards,” he concluded.

The full press release is available in English, French and Arabic via OHCHR.