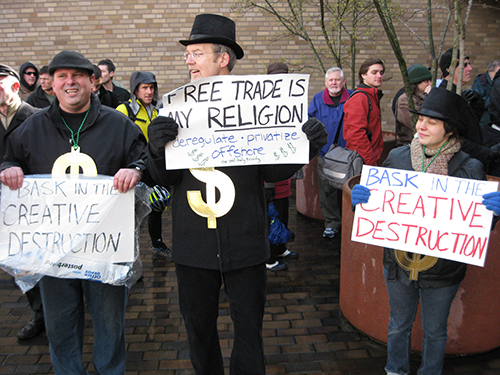 For his next report to the Human Rights Council in June 2016, Special Rapporteur Maina Kiai will explore the subject of fundamentalism and the intolerance that it can spur, leading to violations of the rights to freedom of peaceful assembly and of association. The contours of this subject, however, are not necessarily what they might seem at first glance.

The term “fundamentalism” lacks a formal academic or legal definition, but for many people it can be a loaded term, implying religious extremism or terrorism. These connotations only capture a small part of the story.

For this report, the Special Rapporteur will be approaching the subject of fundamentalism from a different, and much broader, perspective. He believes that fundamentalism encompasses strict adherence to the principles of any given subject, discipline or ideology – not just religion. It also frequently implies intolerance of other views. The purpose of the report is not to make a judgment on whether fundamentalism is good or bad, but to look at its often detrimental impact on the realization of freedoms of peaceful assembly and association.

Of course, fundamentalism concerns beliefs, and the mere adherence to a fundamentalist belief system is not a human rights violation. It is, in fact, protected by the International Covenant on Civil and Political Rights.

Potential human rights violations and abuses only arise when fundamentalism is put into action in a way that infringes upon the assembly and association rights of others. Such actions can include everything from imposing views on others to taking advantage of a power imbalance to restrict others’ rights. Thus, the report focuses on fundamentalism only as a starting point. Its ultimate contribution will be exploring the nexus between fundamentalist belief systems and how these can spur intolerance – in law and in practice – towards groups who do not share the same beliefs.

The report will also look at the process of how fundamentalist ideas translate into rights violations and abuses. In some cases, it may be direct State action based on State-sponsored fundamentalism. In others, violations may arise due to the inability or unwillingness of the State to respond to the actions of private actors. In others still, abuses may come purely at the hands of non-State actors, with the role of State actors being less clear.

What’s your opinion and experience?

The Special Rapporteur convened an expert consultation to discuss this subject in mid-December. But he would also like to hear your views. He is particularly interested in hearing about unconventional examples that might be classified as fundamentalism-driven restrictions on assembly and association rights. These examples may be included in the report.

Due to the open-ended nature of the subject, the mandate has not produced a questionnaire for respondents to fill in. We are instead keeping the submission process open-ended.

We invite States, civil society, multilateral organizations, businesses and members of the general public to submit examples, thoughts, questions and opinions via e-mail in the format of their choice. Submissions can be sent to info@freeassembly.net and freeassembly@ohchr.org

If you’re still not sure what we’re looking for, take a look at our concept note, which explains the report in more detail.