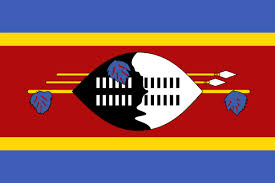 Summaries and communications are published only in the language of submission (in the case of Swaziland, English).

The Special Rapporteur is concerned about increasing restrictions on freedom of peaceful assembly and of association in the country. The Special Rapporteur considers crucial that individuals can take part in associations, including political parties, unions or civic organisations, to express their opinions and views, including in relation to economic, social and cultural rights. He urges the authorities to reconsider the decision to de-register the Trade Union Congress of Swaziland and to take steps to secure the right to freedom of association and of peaceful assembly.

In this context, the Special Rapporteur refers to Human Rights Council resolution 21/16, and in particular operative paragraph 1 which “reminds States of their obligation to respect and fully protect the rights of all individuals to assemble peacefully and associate freely, online as well as offline, including in the context of elections, and including persons espousing minority or dissenting views or beliefs, human rights defenders, trade unionists and others, including migrants, seeking to exercise or to promote these rights”.

Response to communication
The Special Rapporteur regrets that no response has been received to date relating to the allegations contained in his communication indicating allegations of arrest and continued pre-trial detention of, as well as charges of sedition and terrorism brought against, Mr. Mario Masuku, the President of the political party ‘the People’s United Democratic Movement’ (PUDEMO), and Mr. Maxwell Dlamini, the Secretary General of the party’s youth wing, the Swaziland Youth Congress (SWAYOCO). He considers responses to the questions raised in his communications as an important part of the cooperation of Governments with his mandate, in accordance with Human Rights Council resolutions 24/5 (2013), 21/16 (2012) and 15/21 (2010).

The Special Rapporteur is concerned that the rights to freedom of opinion, expression and peaceful assembly appear curtailed in an environment where laws are applied disproportionately against perceived political opponents, activists, and human rights defenders. He stresses again his concern about the charges brought against them under the Terrorism Act and Sedition Act that do not appear to comply with relevant international and regional human rights principles and standards. The Special Rapporteur recalls his concerns at the alleged interference in judicial proceedings concerning the review of the legality of their pre-trial detention. Finally he stresses that the physical and psychological integrity of Mr. Masuku and Mr. Dlamini may be at risk while in detention. Such actions are bound to have a detrimental effect on other individuals exercising or wishing to exercise this right.

The Special Rapporteur remains concerned at the misuse of anti-terrorism legislation to curb freedom of peaceful assembly and association in the country. Although the Special Rapporteur is aware that States have an interest in protecting national security or public safety, and the fight against terrorism which are legitimate grounds for restricting freedom of association, he reminds the Government of Swaziland that there is also need for States to comply with international human rights law while countering terrorism and that, under the International Covenant on civil and political rights ratified by Swaziland on 26 March 2004), any limitation must not only pursue a legitimate interest and meet the strict necessity and proportionality test.

He also reiterates his recommendation to the Government to put in place an enabling and safe environment that is conducive to the free expression of civil society and political activists allowing individuals to exercise their legitimate rights to freedom of opinion, expression, association and peaceful assembly.