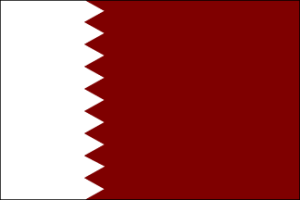 Summaries and communications are published only in the language of submission (in the case of Qatar, English).

Responses to communications
The Special Rapporteur thanks the Government of Qatar for responding to the communication sent during this reporting period. He notes with appreciation the engagement of the country with the mandate, in compliance with Human Rights Council resolutions 24/5 (2013), 21/16 (2012) and 15/21 (2010).

Environment in which these rights are exercised
The Special Rapporteur is grateful for the detailed response indicating that the two members of the Global Network for Rights and Development were indeed arrested for their role in documenting the working and living conditions of migrant workers in Qatar in August 2014 (QAT 2/2014). He notes that Mr. Krishna Upadhyaya’s and Mr. Ghimire Gundev’s criminal charges, which included secretly collecting information for a foreign country without authorization in order to undermine the image of the country, were dropped, but their footage and recording equipment was withheld, when they were permitted to exit the country. In this context, he remains concerned at criminalization of human rights defenders and the undue interference with their activities. He emphasizes that everyone is entitled to freedom of association under the Universal Declaration of Human Rights, which includes non-citizens, and State have the responsibility to facilitate and protect this right. Furthermore, he reminds the authorities that the right to freedom of association equally protects associations that are not registered and that the activities of associations should not be subject to prior authorization, which could be used to quell criticism.

In addition, the Special Rapporteur believes that ahead of Qatar FIFA world cup in 2022, the country must seize the opportunity to build a pro-civil society organization culture. He reminds that the States are required to facilitate and promote the right to freedom of association of those engaging with multilateral institutions and that a strong civil society sector is often the best source of information from the ground (A/69/365, paragraph 43).

The Special Rapporteur restates that while the State do not have to agree with the opinions and criticism expressed by persons espousing dissenting views or beliefs, it has a positive obligation to ensure the existence of an enabling environment for civil society, including the enjoyment of the right of association, so that it may exist, operate and express itself freely and without fear (A/HRC/20/27, paragraph 63). He urges the authorities to implement all necessary measures to protect people exercising their right to freedom of association and peaceful assembly against, inter alia, intimidation or criminalization. He further reminds the authorities that during its most recent Universal Periodic Review the State committed, inter alia, to strengthen the judicial framework related to the rights to freedom of association and expression and to reform its labour laws in order to improve working conditions for foreign workers and to address the March 2014 ruling of the International Labour Organization Governing Body on the right of migrant workers to join a trade union and collectively bargain in Qatar (A/HRC/27/15, paragraphs 124.45 and 124.62).