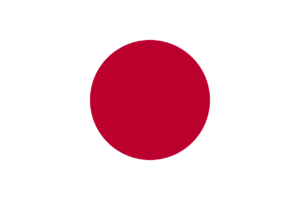 Summaries and communications are published only in the language of submission (in the case of Japan, English).

The Special Rapporteur takes note of the information received in the response from the Government. He, however, remains concerned about the excessive use of force and arrests of peaceful demonstrators who sought to protect the biodiverse ecosystem of Okinawa upon which local communities depend for their livelihoods and their culture. In this regard, he wishes to refer to the joint report on the proper management of assemblies he prepared with the Special Rapporteur on extrajudicial, summary or arbitrary executions (A/HRC/31/66), which is relevant to the present case.

Response to communications
The Special Rapporteur thanks the Government of Japan for the substantive response submitted to the communication dated 30 May 2016, regarding allegations of surveillance of Ms. Kazuko Ito, who facilitated the organization of meetings of the United Nations Special Rapporteur on freedom of opinion and expression with civil society in Japan. The order to monitor, and the act of monitoring of, human rights defenders and their interactions with United Nations special procedures, if confirmed, would amount to an act of intimidation and reprisal for their cooperation with the United Nations, its representatives and mechanisms in the field of human rights. At the same time, the Special Rapporteur notes the information received from the Government stating that following Ms. Ito’s inquiry and the communication received from Special Procedures, the allegation was investigated and both the Public Security Intelligence Agency (PSIA) and the National Police Agency confirmed that they “had never received such instructions nor conducted such research activities as were reported by the media”.

In the case concerning the arrest and detention of Mr. Hiroji Yamashiro, the Chairman of the Okinawa Peace Movement Centre, a non-governmental organization established for the protection of peace and democracy in Okinawa, the Special Rapporteur expresses concerns about the arrest and detention of the human rights defender, as well as the charges brought against him. The centre has been protesting the construction of the Henoko military base and the withdrawal and closure of the Marine Corps Air station Futenman and the plan to relocate it within Okinawa. The Special Rapporteur is particularly concerned at the allegations of lack of due process, in particular in connection with Mr. Yamashiro’s longtime detention, the use of retroactive charges while he continued to be in detention, and the prohibition of visits from his family. At the same time, the Special Rapporteur takes note of the Government’s response that Mr. Yamashiro was released on bail on 18 March 2017, in accordance with the court’s decision. The Special Rapporteur also takes note of the information provided that since 17 October 2016, Mr. Yamashiro has been arrested three times, and apart from the on-the-spot arrest, the other two arrests were conducted with arrest warrants issued by the court.