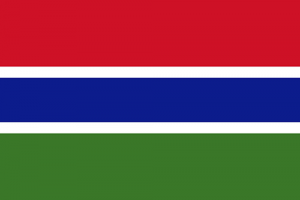 Summaries and communications are published only in the language of submission (in the case of Gambia, English).

Environment in which members of associations can exercise their rights
The Special Rapporteur reiterates his grave concern at the alleged death in police custody of Mr. Solo Sandeng, the excessive use of force by Police Intervention Unit officers against peaceful protesters, and the disappearances, torture and ill-treatment of demonstrators taken into custody by National Intelligence agents. He stresses that these measures are likely to have a broader effect on the Gambian society as a whole, in particular their deterrent effect on the exercise of the rights to freedom of expression, peaceful assembly and association, and the right to peacefully take part in public affairs.

Similarly, the Rapporteur expresses serious concern at the total Internet shutdown and ban on international telephone calls prior to the presidential elections, representing a severe restriction on freedom of expression, stifling reporting on a matter of great public interest and limiting the public’s right to information at a time where this was of particular importance (GMB 1/2017).

The Rapporteur reminds the State that the right to associate freely is an essential component of democracy, in particular during election periods and between elections (A/68/299, paragraph 5). He expresses similar concern at the chilling effect that the killing of a human rights defender and reported disappearance of a political figure may have on others who wish to exercise their right to peaceful assembly and to associate freely.

The Special Rapporteur emphasizes that the right to life should be guaranteed by States to all individuals under all circumstances and at all times, including in the context of the exercise of the rights to freedom of association and of peaceful assembly, as prescribed by article 6 of the ICCPR ratified by the Gambia on 22 March 1979.

He recalls that any restriction on the rights to freedom of expression, peaceful assembly and association must comply with the provisions of articles 19, 21 and 22 of the ICCPR. The Special Rapporteur also recalls resolutions 24/5 and 15 / 21, which affirm the responsibility of States to respect and fully protect the rights of peaceful assembly and association of all individuals.

Regarding the excessive use of force, the compilation of practical recommendations for the proper management of assemblies (A/HRC/31/66) recalls that the use of force by law enforcement officials should be exceptional, and assemblies should ordinarily be managed with no resort to force. Any use of force must comply with the principles of necessity and proportionality (para. 57).

In addition, he refers to the General Comment No. 31 of the Human Rights Committee that recalls the responsibility of State parties to exercise due diligence to prevent, punish, investigate and bring   perpetrators to justice or redress the harm caused by non-state actors (CCPR/C/21/Rev.1/Add.13, paragraphs 8 and 18).

He calls upon the Government of the Gambia to respect its obligation to conduct thorough, prompt and impartial investigations of all suspected cases of extra-legal, arbitrary and summary executions, in accordance with the principle 9 of the Principles on Effective Prevention and Investigation of Extra-legal, Arbitrary and Summary Executions. The Special Rapporteur further calls on the authorities to put in place a safe and enabling environment that is conducive to the free expression of civil society and the exercise of the right to freedom of association without undue hindrance in the Gambia. He further calls on the authorities to provide the result of investigations of the circumstances leading to the death of Mr. Sandeng, convict the perpetrators of this crime and provide reparation to his family.