UN experts urge Azerbaijan to open space for assembly and expression ahead of Oct. 9 elections 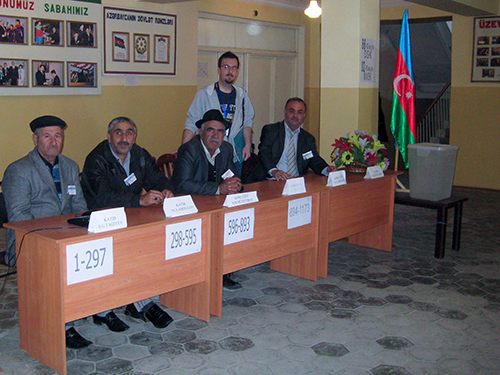 Three United Nations independent experts, including Maina Kiai, have urged the Azerbaijani Government to recognize and facilitate the work of human rights defenders and civil society organizations in the run up to the Presidential elections, due to take place on October 9, 2013.

“All demonstrations complying with international human rights standards should be allowed and facilitated, and peaceful gatherings should not face the use of excessive force and administrative detention against demonstrators, even if such assemblies are not authorized,” the UN Special Rapporteur on the rights to freedom of association and peaceful assembly, Maina Kiai.

“In times of elections, States should make greater efforts to facilitate and protect the exercise of the core rights to freedom of peaceful assembly and association,” he said, referring to the presentation of his new report to the General Assembly later this month.

“Amendments to the law on Freedom of Assembly adopted in 2012 have tightened the existing restrictions to the right to assemble peacefully, including by increasing penalties for those organizing rallies,” he stressed.

Azerbaijan has extended a standing invitation to the independent experts of the Human Rights Council, something which the experts welcomed. The UN Special Rapporteur on the rights to freedom of association and peaceful assembly, Maina Kiai, further thanked again the Government for inviting him to visit the country. He hopes to be able to honor this invitation soon.