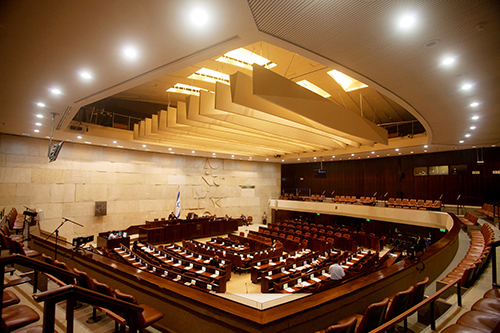 GENEVA – Three United Nations human rights experts today urged Israeli lawmakers not to approve the so called ‘NGO transparency bill’ that would, in effect, target non-governmental organizations that are critical of government policy. The experts expressed grave concern that the legislation would chill the speech of human rights NGOs by subjecting them to harsh penalties for violations and delegitimizing them publicly.

The stated aim of the legislation is to increase transparency by requiring NGOs that receive more than half of their funding from foreign government entities to disclose certain information, such as the names of their donors in all publications intended for or made available to the public, or in any written appeal to a public employee or public representative.

“The promotion of transparency is indeed desirable and legitimate,” said the UN Special Rapporteur on freedom of expression, David Kaye. “However, the pending legislation has the evident intent of targeting human rights and civil rights organizations, which receive a majority of their funding from foreign government entities, while leaving unaffected other organizations that nonetheless receive a substantial amount of foreign funding from individuals.”

The proposed legislation is again before the Knesset, after having passed the first reading earlier this year. The current version of the legislations appears to have removed some requirements, such as the need for representatives of qualifying NGOs to wear a special identification tag in the Knesset and in every other government building.

“By differentiating between donations from foreign political bodies and donations from other sources, the proposed legislation will likely lead some NGOs to be perceived as agents of foreign entities, regardless of how autonomously they operate,” warned the UN Special Rapporteur on the freedom of association and peaceful assembly, Maina Kiai.

“The discriminatory impact of new requirements on NGOs would result in public shaming of certain organizations, eroding the democratic character of Israeli civil society,” added the UN Special Rapporteur on the promotion of human rights defenders, Michel Forst.

The UN human rights experts urged members of the Knesset to withdraw the proposed legislation and uphold its international obligation to safeguard the broad and expansive right to freedom of expression guaranteed to everyone under Article 19* of the International Covenant on Civil and Political Rights and the Universal Declaration of Human Rights.

1. Everyone shall have the right to hold opinions without interference.

2. Everyone shall have the right to freedom of expression; this right shall include freedom to seek, receive and impart information and ideas of all kinds, regardless of frontiers, either orally, in writing or in print, in the form of art, or through any other media of his choice.

3. The exercise of the rights provided for in paragraph 2 of this article carries with it special duties and responsibilities. It may therefore be subject to certain restrictions, but these shall only be such as are provided by law and are necessary:

(a) For respect of the rights or reputations of others;
(b) For the protection of national security or of public order, or of public health or morals.