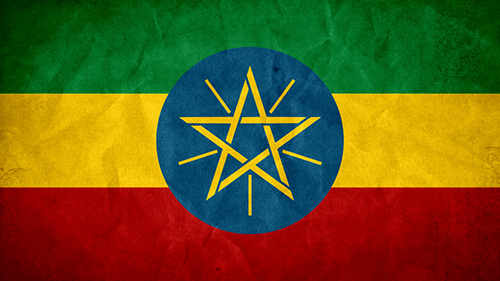 GENEVA – A group of United Nations human rights experts* today called on the Ethiopian authorities to end the ongoing crackdown on peaceful protests by the country’s security forces, who have reportedly killed more than 140 demonstrators and arrested scores more in the past nine weeks.

“The sheer number of people killed and arrested suggests that the Government of Ethiopia views the citizens as a hindrance, rather than a partner,” the independent experts said, while also expressing deep concern about allegations of enforced disappearances of several protesters.

The current wave of protests began in mid-November, in opposition to the Government’s ‘Addis Ababa Integrated Development Master Plan’ to expand the capital’s municipal boundary. The ‘Master Plan’ could reportedly lead to mass evictions and the seizure of agricultural land in the Oromia region, as well as extensive deforestation.

The UN experts welcomed the Government’s announcement on 12 January 2016 suspending the implementation of the ‘Master Plan’, but were concerned about continuous reports of killings, mass arrests, excessive use of force and other abuses by security forces.

“The Government’s decision is a positive development, but it cannot be seen as a sincere commitment until the security forces stop their crackdown on peaceful protests,” they said. “The role of security forces should be to protect demonstrators and to facilitate peaceful assemblies, not suppress them.”

“We call on the Government to immediately release protesters who seem to have been arrested for exercising their rights to freedom of peaceful assembly and expression, to reveal the whereabouts of those reportedly disappeared and to carry out an independent, transparent investigation into the security forces’ response to the protests,” the experts said.

“Accountability does not erase past abuses, but it is an important step towards rebuilding trust between people and their government,” they stressed. “Impunity, on the other hand, only perpetuates distrust, violence and more oppression.”

The UN independent experts also expressed grave concern over the Ethiopian Government’s application of the Anti-Terrorism Proclamation 652/2009 to arrest and prosecute protesters, labelling them as ‘terrorists’ without substantiated evidence. This law authorises the use of unrestrained force against suspects and pre-trial detention of up to four months.

“Ethiopia’s use of terrorism laws to criminalize peaceful dissent is a disturbing trend, not limited to the current wave of protests,” they experts noted. “The wanton labelling of peaceful activists as terrorists is not only a violation of international human rights law, it also contributes to an erosion of confidence in Ethiopia’s ability to fight real terrorism. This ultimately makes our world a more dangerous place.”

“There are bound to be policy disagreements in any society,” the human rights experts said, “but every Government has the responsibility to give space for people to peacefully express their views and to take these views into account.”