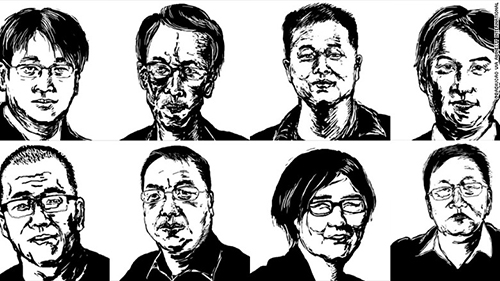 GENEVA – United Nations human rights experts, including Maina Kiai, today called on the Chinese authorities to stop what appears to be targeted police harassment and intimidation of lawyers and those working closely with them. “Lawyers are essential to ensure the rule of law; they need to be protected not harassed,” they said.

The independent experts expressed dismay at the ever growing number of lawyers and persons associated with their work, including law firm personnel, legal assistants and human rights defenders, who have been arrested and detained, including incommunicado, or summoned and questioned since 9 July 2015.

More than 100 lawyers have been arrested and detained or interrogated over the last few days in direct connection with their professional activities, according to the information received by the experts. Most of the lawyers are believed to have been working on human rights-related cases, in particular cases where they represented well known political dissidents, journalists and artists.

“If no charges are pressed, the authorities should immediately release all persons detained; alternatively, if they are officially charged with criminal offences, all due process guarantees should be provided, in particular the immediate and adequate access to an independent legal counsel,” they stressed.

“We are particularly concerned about the physical and mental integrity of 10 individuals, including 6 lawyers, who are currently held in police custody or under ‘residential surveillance’ in unknown locations, in most cases incommunicado since their arrests,” they said.

The experts expressed further concern that these persons may have been arbitrarily arrested and detained in contravention of not only the UN Basic Principles of the Role of Lawyers and the Universal Declaration of Human Rights, but also the Chinese Criminal Procedure Code.

“The fate and whereabouts of another 12 persons, including 3 lawyers, who have disappeared in unknown circumstances, are also worrying,” they noted.  “We call on the Chinese authorities to investigate these cases urgently and provide full disclosure on the results.”

“In societies governed by the rule of law, lawyers advocate within the legal system on behalf of clients, even where their personal views may differ from the clients’ views,” the independent experts stated. “Lawyers should never have to suffer prosecution or any other kind of sanctions or intimidation for discharging their professional duties.”

The experts underscored that, “as one of the three main actors of an independent justice system, lawyers have an essential role to play in protecting human rights, in particular due process and fair trial guarantees, and ultimately contribute greatly to ensuring respect for the rule of law.”

The experts are in contact with the Chinese authorities to clarify the issues in question.