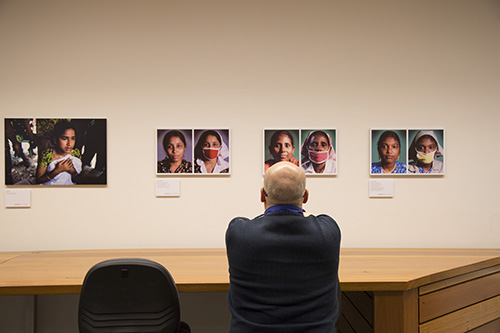 GENEVA – The United Nations Special Rapporteur on the rights to freedom of peaceful assembly and of association, Maina Kiai, on Friday urged the Bangladeshi Parliament not to adopt a bill which could severely restrict civil society organizations’ access to funding and hinder their activities.

The draft Foreign Donations (Voluntary Activities) Regulation Act is expected to be debated during the next Parliament session starting 8 November 2015.

“This Bill is deeply worrying. Civil society is a crucial component for the promotion and protection of human rights, good governance and the rule of law, and for contributing to the provision of humanitarian assistance,” Mr. Kiai said.

“Unduly restricting civil society organizations’ access to resources therefore not only has a detrimental impact on freedom of association, but also deeply undermines the civil, political, economic, social and cultural rights that these organizations seek to promote and protect,” he stressed.

The Special Rapporteur noted that the proposed law would, among other problematic issues, make it compulsory for NGOs seeking to receive or use foreign funds to register with the Government-controlled Non-Governmental Organizations Affairs Bureau, and obtain its approval for each project undertaken with these resources. The Bureau’s commissioners would also review on a monthly basis the progress made by NGOs in the implementation of their projects. The Bureau would also have the authority to approve each appointment of foreign specialists under foreign-funded projects, as well as all travel abroad paid for by foreign funding.

Failure to comply with these provisions could lead to the cancellation or suspension of an NGO’s registration, the interruption of the project, and a fine up to three times the amount of the foreign funding received.

“Such governmental intrusion is totally unacceptable. The ability to seek, secure and use resources is essential to the very existence and effective operations of any civil society organization,” said Mr. Kiai. “Registered and unregistered NGOs should be able to operate and function freely without prior authorization or other undue impediments,” he added.

“I urge the Parliament not to adopt the Bill as its purpose clearly violates the right to freedom of association, and has a ricochet effect on the realization of other human rights, as well as on the delivery of aid in a country prone to natural disasters. I stand ready to provide assistance to the Government to help ensure that the Bill complies with international human rights law,” the Special Rapporteur said.